While having coffee every time you get a chance during the day, it sometimes hits you – how much caffeine is too much? Am I having too much? With all that uproar about caffeine being unhealthy, have I reached that point?

We know that Caffeine is a weird compound that nature has given us. It has immense complex health benefits, but only till a certain point. At the same time, it is completely contraindicated for some groups.

In this article, we will be discussing the allowed daily amount of Coffee for a healthy lifestyle. And where should you stop? Here are all the green, yellow, and red signals for your daily Caffeine!

How Much Caffeine is Safe to Have in a Day?

Coffee is, without doubt, our all-time partner, with all its benefits and perks. But the signal is green only till a certain point. And this point is highly variable for different age groups. Let’s see, how much Caffeine is safe for YOU to have in a day?

This seems like the ‘good’ group on the list. But this one’s only for healthy adults. Adults who are free from any medical condition, maintain a healthy weight, and observe at least some physical activity during the day can enjoy this caffeine limit.

Your 400 milligrams caffeine mark has been reached if you consume four cups of Coffee daily, where one cup equals almost 250 milliliters or 8 ounces. Not just brewed Coffee, the cans of cola, cups of tea, and chocolate bars also count!

Fun Fact: These precious 4 cups of Coffee contain the same amount of Caffeine as ten cans of cola. Also, tea leaves may contain more Caffeine than Coffee, but brewed tea is quite diluted. Now you see, why we mostly refer to Coffee when we talk about Caffeine.

Now this one’s for the teens. Teens and college students may like to employ Caffeine for instant energy, alertness, and stress coping, sometimes even to facilitate bowel movements. Watch out! The stop sign is just around the corner! Caffeine equivalent to one 8-ounce cup of Coffee is where the red light blinks.

This is where it gets a bit sad. If you feel like the safe caffeine limit for your group is too low, you can look here to feel better.

Red Signals You are Having Too much Caffeine

The above caffeine limits are textbook amounts. For drugs and compounds like alcohol and caffeine, tolerance varies from person to person. You may be in the 400 mg caffeine group and consuming less than the limit. And you can still have caffeine overdose symptoms. So, now we go for the red signs that tell you to cut down on your daily caffeine intake.

1. You are having problems with normal night sleep

You see what you do when you have had a rough night’s sleep. You take a cup of coffee! Repeat.

In effect, the amount of caffeine you are taking in a day is interfering with your sleep.

We cannot deny the fact that caffeine is a potent stimulator, and has also been seen to improve performance and alertness. But it has considerable addictive properties, so it is sometimes difficult to wisely regulate its consumption. This leads to insomnia, and hence compromised body functioning. So, even if you are taking the recommended amount of caffeine only, and still facing insomnia, try cutting back on your caffeine.

2. You feel jittery or anxious after having Coffee

Jitteriness, anxiety, racing heart, or palpitations, excessive sweating, muscle tremors, and attention deficit: all belong to the same family, which is overstimulation. It is another sign that you are over-consuming caffeine or that your body is not metabolizing caffeine that well or fast. It is time to cut down your coffee breaks.

You may face problems tolerating even a mild amount of caffeine when certain drugs accompany it.

The safe limits of caffeine consumption discussed above do not apply for those taking the following medications:

Caffeine either interacts with them making them more potent, or intensifies their action on body.

Is it important to observe the Recommended Caffeine Intake Amount in the Absence of the Signs and Symptoms?

Well, some of us may believe something like, ‘I should go on enjoying chocolates, my black coffee breaks, and everything because my body tolerates it well.’

Observing the recommended amount of caffeine intake per day is crucial, whether you experience any of the mentioned signs and symptoms or not. Why?

Caffeine will make you dependent before you know it. And when the signs and symptoms of caffeine overconsumption do begin to appear, it will be harder for you to cut down below the recommended amount. Not just that, caffeine-dependent people face withdrawal symptoms too.

These withdrawal symptoms will be the same problems once cured by caffeine: dizziness, anxiety, attention deficit, sleepiness, fatigue, irritability, bad mood, even sometimes tremors. And you may feel like you are unable to function without caffeine.

So, caffeine dependence is no different than digging a hole for yourself!

How Do I Cut Down on My Daily Caffeine Intake?

Are you having any of the listed signs and symptoms of caffeine overconsumption? Or your daily caffeine has come out to be more than the recommended normal amount for your group? Or do you want to cut it down anyway? Here’s how you can do it.

1. Keep a Check on the Additional Caffeine sources:

Keep tabs on what possible caffeine sources other than coffee you are snacking on or having at dinner or lunch. Calculate each and every milligram of caffeine going in your body. This may be the contraceptives or vitamins you are taking. Or you may be consuming caffeine from sodas, cold drinks, cups of tea during meetings, or the candies and chocolates you are carrying in your bag.

This is where caffeine detox has to start!

We talked about the addiction potential of caffeine. Apart from that, caffeine in the form of coffee is a great way out of our sleepless nights, bad moods, low productivity, in fact, out of everything that goes wrong! So, it is completely understandable that quitting coffee in a day is not possible when to date, you have been over consuming the same.

You can start by subtracting one cup of coffee a day. Or you can have coffee or caffeine sources the same number of times a day but in lesser quantities.

For instance, you can have half a cup of coffee when you used to have a full 8-ounce one until the previous day. Another magical way is to brew your tea or coffee for less time. This way, you have your craving satisfied, and the same 8-ounce cup of soothing beverage contains less caffeine.

Now the ‘gradual’ part is important. Remember we talked about the withdrawal symptoms? This will help deal with those.

3. Decaf is a Great way Out of Caffeine

The mass response has made decaf look way worse than it actually is. Decaffeinated coffee, chocolate, or tea can be a great substitute for your caffeine sources. And it does not taste much different. It’s only a matter of time that you get used to it.

This way, you get to avoid caffeine toxicity and get to keep your cups of happiness at the same time!

For a soothing cup of something, chamomile, peppermint, or ginger tea are great options too. If you don’t want to switch it completely or quickly, you can start by replacing one cup of your day. And then maybe slowly, you can include more of it with your minimum caffeine beverages.

Allow yourself a steamy cup of joe, a bar of chocolate, or anything that makes you happy. But don’t hamper your body by overdoing it!

Talking about caffeine, it’s a drug doing wonders for us humans. Caffeine cuts down our cholesterol levels, improves digestion, memory, the health of various organs, and makes our brains work better. But we ruin it by crossing the red lights.  Find your group and stick to the recommended caffeine intake. 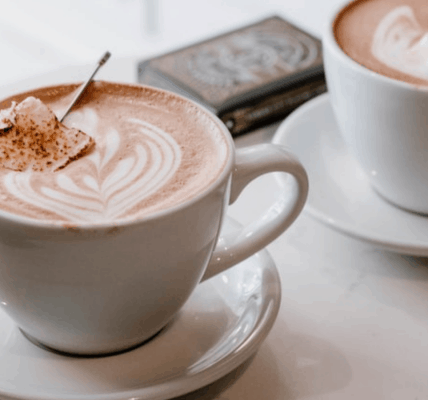 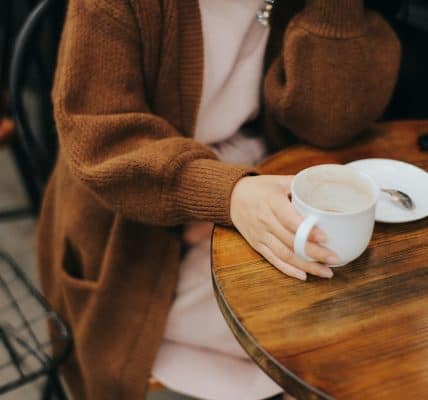 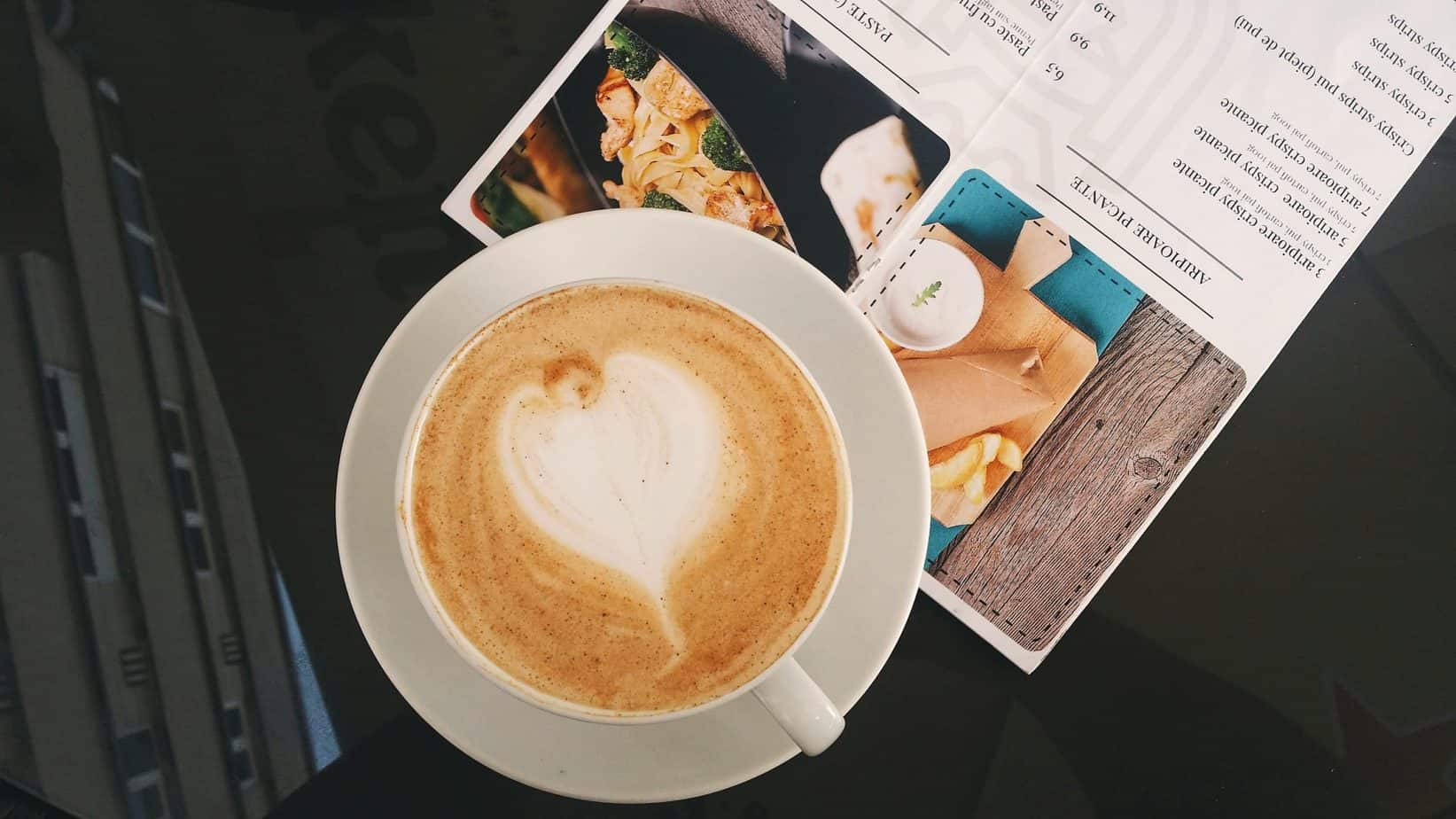 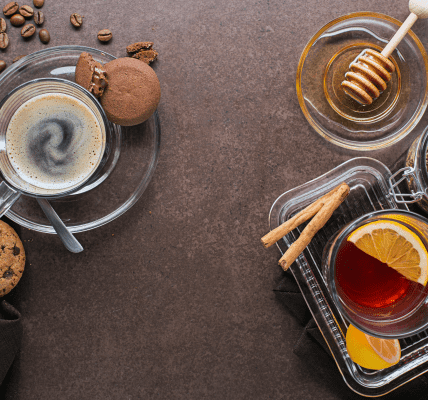