People who can’t get into a good mood without tasting a freshly brewed coffee cup would like to know whether they can replace their normal coffee with the decaffeinated one or not? We’ll find out whether it is possible or not? After knowing the possible yes or no answer, we’ll move ahead to cover a deep analysis of how these beans differ from regular coffee?

What is Decaffeination of Coffee?

Decaffeination is a simple process involving warm and soaking regular coffee beans for removing caffeine. You should soak some coffee beans alone with water. Although a lot of coffee makers also use solvents for helping getting rid of its caffeine content. After this process is over, the final preparation is the decaffeinated coffee. That has left only about 3% of the caffeine naturally available with it.

The issue here is that the solvents not only strip the caffeine but they’re also able to strip different chemicals in the coffee beans. Which provide coffee their unique flavors. A few regular coffee drinkers also describe decaf coffee flavor as fake, bland, or sour. Others say that they haven’t noticed differences in flavors.

A few link the differences in flavors for grinding decaf coffee. As decaf beans get dried and soaked before the roasting process, the outcome can be drier coffee beans. As the beans are dry, the coffee gets a fine grind, with a bitter flavor than a caffeinated and courser grind.

Does the Taste of Decaf Coffee Differ?

The most common question about decaf coffee is whether it tastes different or not? As various varieties of decaffeinated coffee have made a space in the market over the years, it would be hard to differentiate between the flavors.

After a blind taste test, the Gourmet Traveller discovered that the coffee tasters weren’t able to differentiate between regular and a decaf version of coffee. The flavor differences were more about the reputation against the actual cup taste of the decaf coffee.

Depending on the distinctive coffee palette, you might or might not notice the flavor differences of decaf. When these are compared with the caffeinated coffee versions. Whether or not you’ve noticed the difference would also depend on getting the right amount of decaf. It is possible for decaffeinated high-quality coffee to have the same taste as caffeinated coffee.

However, while there might be some differences in taste, it doesn’t taste much different from regular coffee. The only difference you get with decaf coffee is the less sour profile that comes with it due to decaffeination. This flavor is largely an outcome of the way through which you proceess the coffee beans.

Is the Taste of Decaffeinated Coffee really Different from the Conventional Coffee?

In this case, we can state a plain no, as the taste isn’t really much different. However, the sour notes in the coffee are due to the type of processing it has gone through.

It is not simple to tell flavor differences between regular and decaf coffee. It’s because the roasting process is completely different from the typical roasted coffee beans.

However, if you’ve got regular and decaf beans from the same region processed in the same manner, it won’t be easy to distinguish between the coffees.

You won’t notice a difference in taste when you blind taste all the flavors. However, some noticeable differences would be present when your coffee consumption times vary like coffee on an empty stomach in the morning, daytime, or in the evening.

Why Does Decaffeinated Coffee Sometimes Taste Good and Sometimes Poor?

However, the issue is that a few companies use carbon dioxide for the extraction of caffeine. In this process, the solvents not only take the caffeine but many other coffee bean chemicals like the ones that provide unique flavor and scent to the coffee. This changed chemical proportion can affect the taste of the coffee.

Another concern is that such processes don’t actually remove caffeine present in the beans, which might or might not affect the coffee taste. When the solvents were used without water it might remove all caffeine.

However, this would also extract more chemicals, making the decaf coffee taste worse. So the coffee maker also uses water, which does not dissolve all coffee bean chemicals for preserving bean flavor meaning that the little caffeine amount also stays in.

How to find the best Decaf Coffee with Exact Coffee Taste?

A key factor in finding the decaf that satisfies just like a caffeinated coffee would be to get stronger flavored coffee beans. These are ideal for different coffee beverages like espresso or iced coffee as well. While shopping for coffee beans you should search for label keywords like “robust” or “bold” in the product descriptions or should opt for a dark coffee roast with robust flavors.

Of course, the decaffeination process is among the different ways through which people change the flavor and taste of coffee. All details such as how you’ve roasted the beans to the amount of sugar you’ve added to the brew would make a lot of differences. Finally, different people have different taste profiles. Thus, how two people taste the same decaf would bring out different experiences.

As the coffee purists take satisfaction in knowing that they’re right: the decaf doesn’t really taste that good.

Besides caffeine, a regular coffee cup contains a lot of chemicals. Some of these chemicals affect its taste, some its aroma and some provide the famous caffeine kick. The sheer chemical variety with their different amounts of coffee beans is what provides the coffee with its complex flavors. Also, this complexity explains why the decaf can sometimes taste like a normal coffee and sometimes don’t. Additionally, you can also consider other factors changing the taste like the coffee type, the milk forther time, quality of milk, etc. 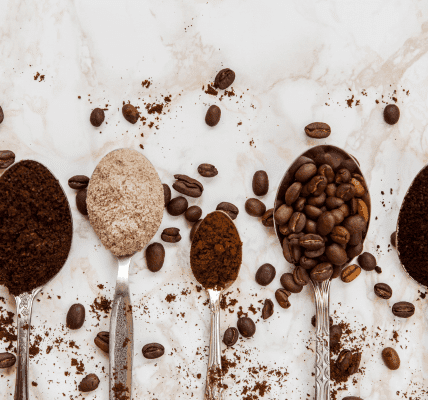 When Does Coffee Expire? Does It Go Bad? 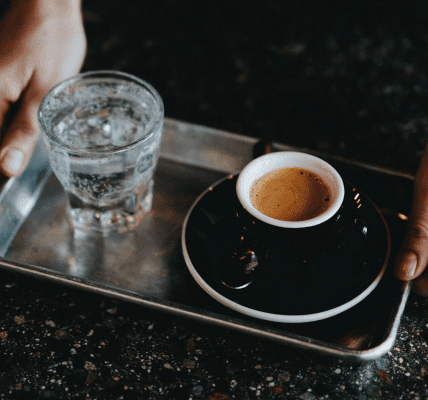 Why Is Mineral Water Served With Espresso? 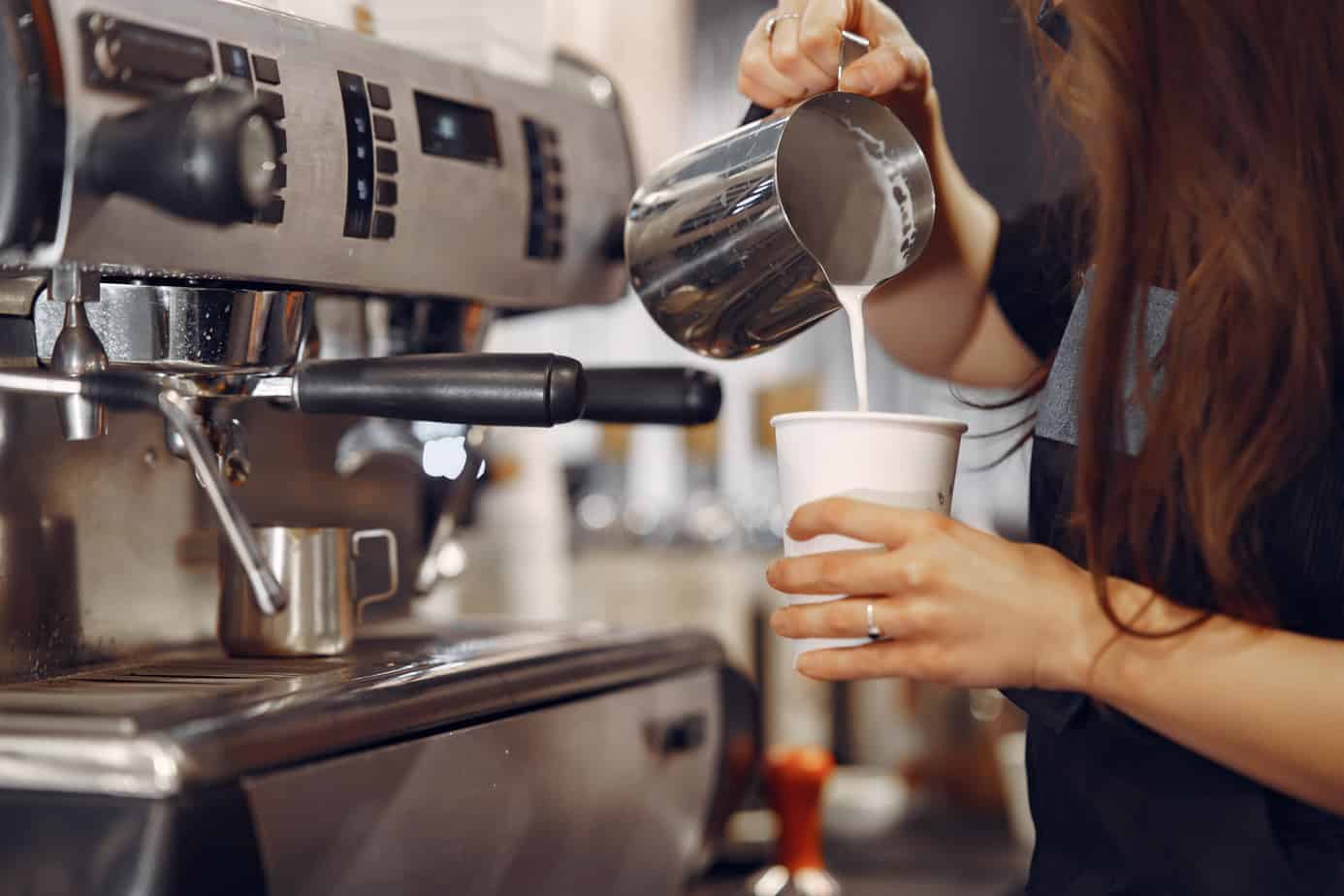 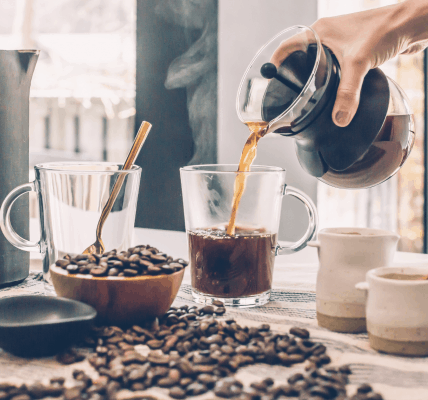 15 Coffee Hacks That Will Change Your Life